Use: The Güde all-purpose / steak knife from the Caminada series not only portions steaks professionally, the knife with its sharp blade is also a great helper when preparing all meat dishes as well as when slicing fried food

Shipping directly through our partner

The Güde steak knife from the Caminada series not only portions steaks professionally, the knife with its sharp, 13 cm long blade is also a great helper when preparing all meat dishes as well as when slicing fried food. The hand-forged blade made of chrome-vanadium-molybdenum knife steel is made from one piece, rust-free ice-hardened and hand-sharpened. The handle of this Güde steak knife from the Caminada series is made of Graubünden walnut wood, which is combined with knife steel, which complements the blade steel wonderfully and gives the knife a touch of exclusivity. It lies comfortably in the hand and can be guided perfectly. You must not put this high-quality Güde steak knife from the Caminada series in the dishwasher! The Caminada knife series is one of the most beautiful series by Güde, created in collaboration with the Swiss celebrity chef Caminada. Of course, it is completely tailored to its needs, which surely can also benefit a hobby cook!

Molybdenum as a metal is somewhat less known than tungsten. It also has a lower melting point, but is nevertheless frequently used for the manufacture of lamps, in the glass industry and as a heating element or in furnace construction. Molybdenum is a transition metal of the 5th period. The high-strength, tough and hard metal has a silvery white shine. It has the highest melting point of all elements of the 5th period. It is a very hard metal, but softer and more ductile than tungsten. It is not attacked by reducing acids (including hydrofluoric acid), just like its bigger brother Wolfram.

Be the first to write your review !

 15 other products in the same category 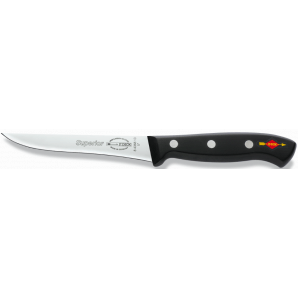 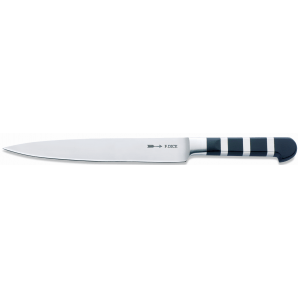 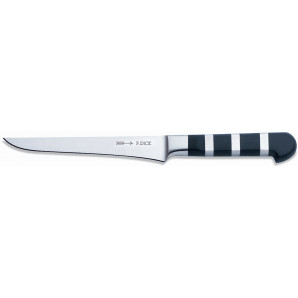 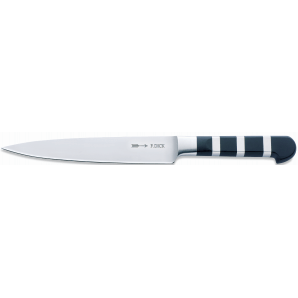 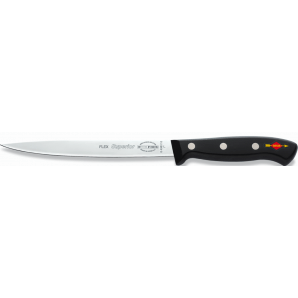